Whew. I think I now have the canopies and cockpits done. SO much work has been done on both the canopies that substantial care (and reconstruction) was required.

After adding the styrene to put back what I had removed, shaping them was the next step: 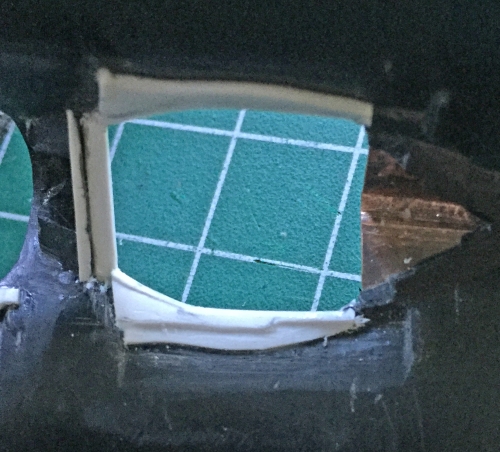 Then putty was added to blend in the additions:

Then details were added (the RSO’s cockpit was much simpler to shape than the pilot’s):

One of the (many) tips I ran across many years ago was a nifty one for replicating the screens used in “glass cockpits,” where the use of analog gauges have been replaced by MFDs (Multi-function Displays); in this case due to the technology extant at time of production, they were CRTs (cathode ray tubes like TVs used to have). To replicate the face of the screen, I cut the exposed section of filmstrip negatives (used before digital cameras) to shape and insert them where they go: 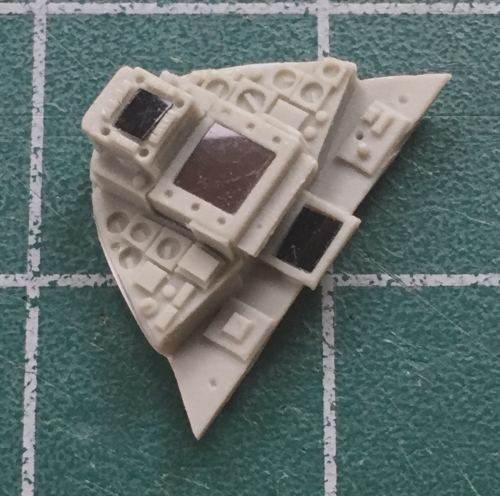 So with the sides of the cockpits done, time to finish up the details inside the canopies. One of those details is where the opening/closing hydraulic cylinders attach. Soldering…very, very, fine soldering was required. I used .010″ (.254mm) shim stock for the L-shaped section and 22awg wire for the support strut: 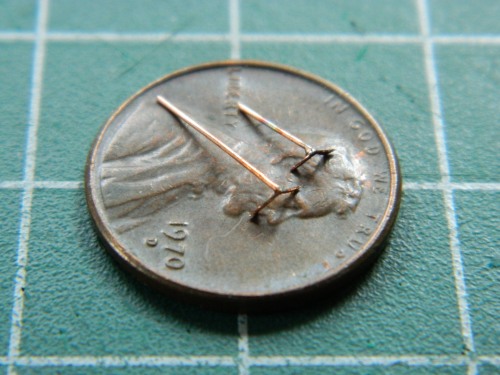 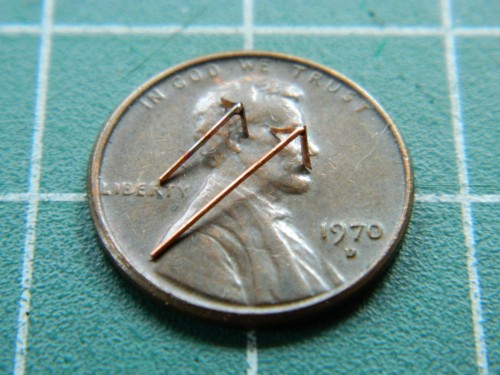 Once those were done, the wire was trimmed to fit and the mounts installed, as were a few other items. These aren’t the last details to add, but the ones still to add have to be added quite near the end of the build (the upper photo is the pilot’s canopy, the RSO’s canopy is below): 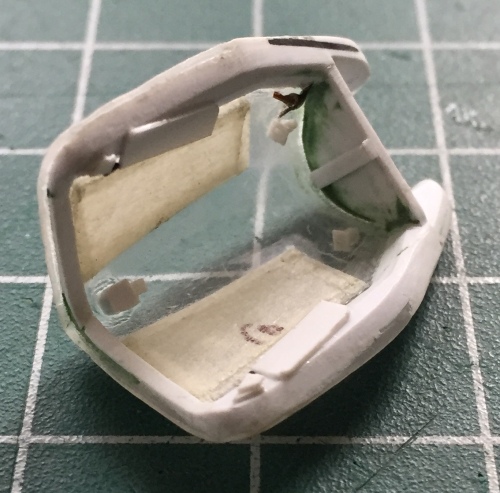 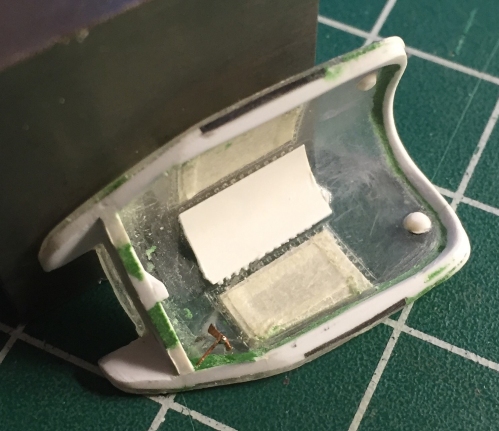 One of the details for the edges of the cockpits are slots where the locking lugs of the canopies insert. Well, it started okay…and then I punched through the plastic. ::sighs:: So I used a small section of stretched sprue to fill that punch-through:

But I got there:

No, I’m not entirely satisfied with the slots. I tried to make the ends of them rounded but several failed attempts to get them all that way showed me the limits of my building skill (again). Pouting, bitching, and stamping my feet, I left them as they are and made a note to not bring them to anyones’ attention (you see how well that worked).

At this point, I walked away for a couple of days. I had spent SO much time in SUCH a small area that my sense of objectivity went to the same place my hair went. (Elsewhere.) When I came back to it with, hopefully, a less subjective eye, I couldn’t think of anything to do next. That’s my version of, “I’m done here.”

Next step, paint all of the cockpit parts: