This kit was designed and produced back in the dark ages (Italeri, I think, cut the dies) and IT SHOWS. Gaps. OMFG, do we have gaps? Everywhere. And some of the gaps have gaps. Fit is foul. Sometimes knowing something sucks doesn’t help when it starts sucking.

True Details. What can I say about them… In general, they don’t impress me, and this time wasn’t an exception. I didn’t use the ejection seats they provided as they were incorrect. I used Pavla’s, which were also incorrect. I used the Pavla seats because those inaccuracies were easier to fix (relatively).

Metallic Details is interesting. Their PE parts are decent, I’m not especially impressed with their resin parts. After I had committed to scratchbuilding the landing gear bays, I saw that they’d come out with a resin set for that. Maybe they beat scratchbuilding the landing gear bays, though I like what I did better than what Metallic Details offer.

The build. It was a grind. Just under 800 hours spread over two years. GAH. And the further I got into this build, the more this thing fought me.

I had to modify the True Detail cockpits. Canopy details had to be scratchbuilt and some that didn’t fit just thrown out.

If a person has the skills and wants to invest the time, the finished product looks damned impressive (and in order to finish this thing, you will develop new skills); large, black, and sinister. It’s rumored that Hyperscale* is doing a new-tool kit of the ‘Bird in 1/48. If you really want one on your shelf (and ONLY one unless it’s a large shelf), wait for that one. This one takes a lot, A LOT, of time to build into something adequate.

This was also my first commission. I told him it was going to take a long time. His patience was definitely appreciated (and he seemed pleased with the result): 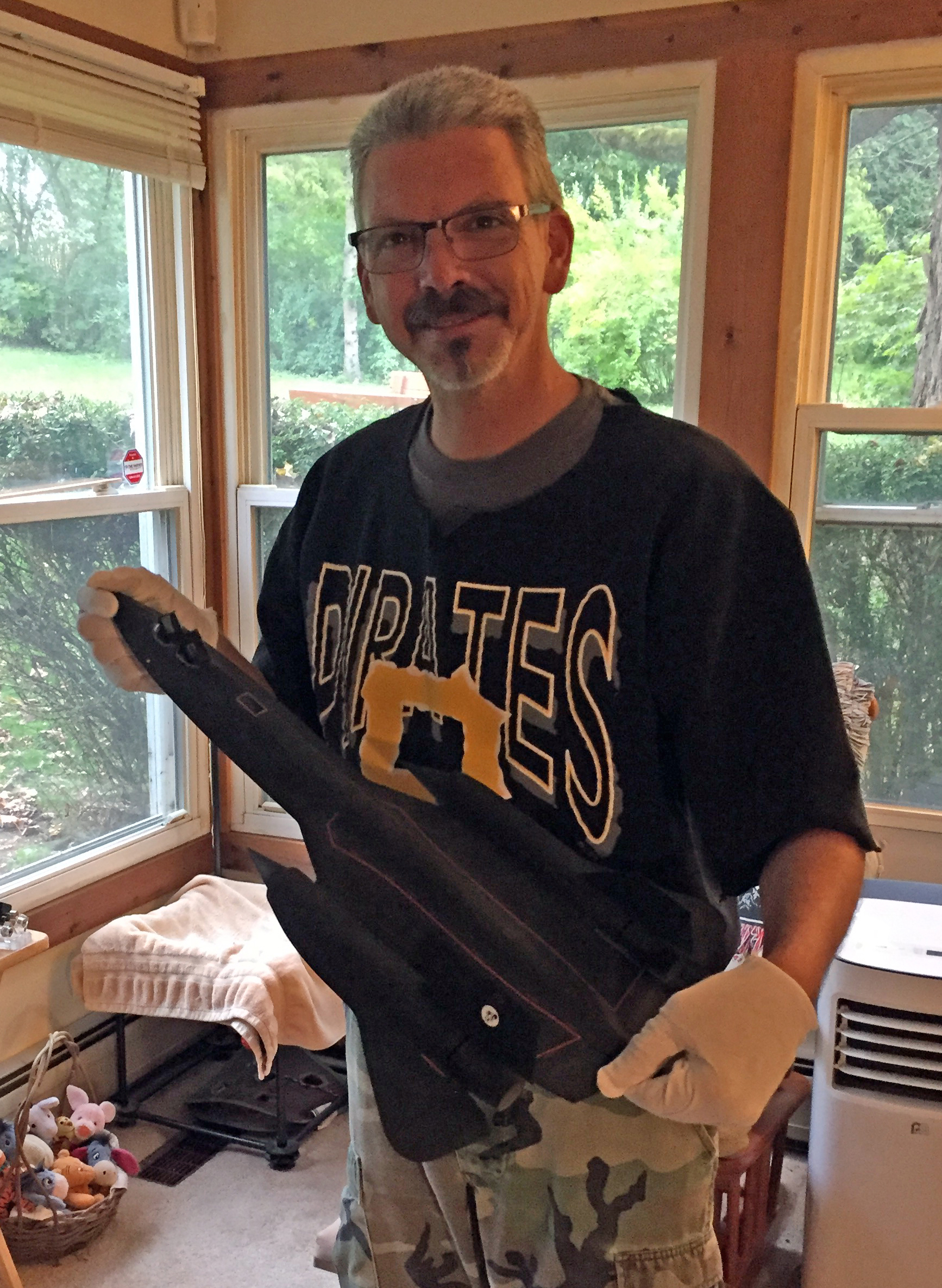 In closing, a shout-out to Bruce from New Zealand. About the time I was neck deep and sinking into the swamp of homemade decals, he informed me that Caracal was doing a new sheet of decals (the ONLY complete set of ALL BLACKBIRD MARKINGS in two different sets). That bit of information, without exaggeration, saved this build. My homemade decals were horrible. Thanks, Bruce…I owe you more than one! (For all the good that will do you!)

*Two years after posting this, Hyperscale still hasn’t released their new-tool kit of the ‘Bird, though they say they’re still working on it…and I get it that doing ANY sort of work on this subject takes time. However, it seems that perhaps they’ve waited a bit too long. Revell Germany has just released a new-tool kit of the SR-71 in 1/48 scale! I haven’t encountered any build reviews of RG’s kit so I can’t comment on it. (And NO. I will NOT be building one!!)