Until the advent of the M24, America’s armor was mired in WWI and the armor of the 20s and 30s showed that. The M3 wasn’t an inspired design, even though it was the culmination of US armor design of the 30s. The main inspiration at the beginning of US armor (not counting the license-built French FT17) was the British Vickers six-ton (which was actually closer to eight tons) export tank. The M3 evolved from the M1 Combat Car (no…not something found on the Long Island Expressway…though that’s not a bad idea) and the M2 Light Tank. For really convoluted thought processes and design considerations, because the Cavalry was, by law, forbidden to have tanks, the M1 was called a “Combat Car” and was used by the Cavalry. The almost identical M2 was called a “Light Tank” and was used by Army Infantry…and both the M1 and M2 were built at the Army’s Rock Island Arsenal. From my viewpoint, it seems that even from the outset, nobody could really decide who was getting what equipment or what it should be termed. As a base to this institutional indecision, all this was happening (the limited extent it was happening) without much funding (Congress was very parsimonious during the inter-war years and kept military spending VERY low.)

And then came the Spanish Civil War. This war was a preview of what would and would not work for machines and tactics during WWII. One of the observations was that Soviet T-26, armed with a 45mm cannon, was a more effective war machine than the German PzKpfw I, armed with a pair of 7.92mm machine guns or the Italian CV.3/35 (being turretless, it’s actually more of what is now called a “tankette” and less a light tank) armed with a pair of 8mm machine guns. 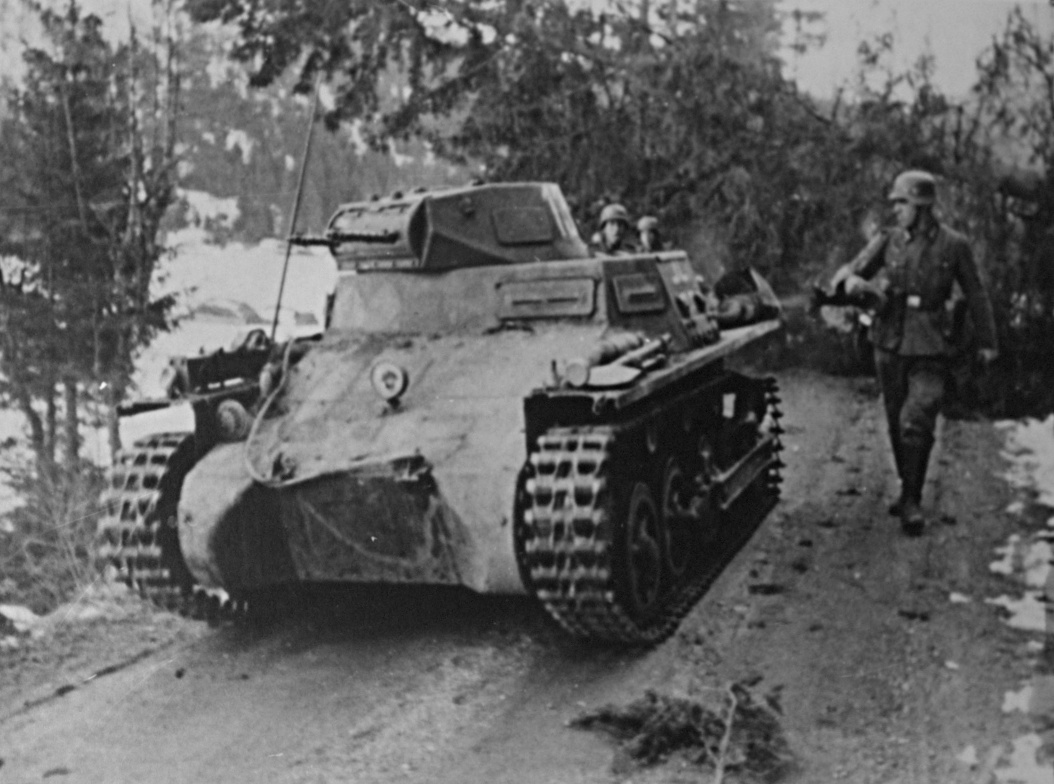 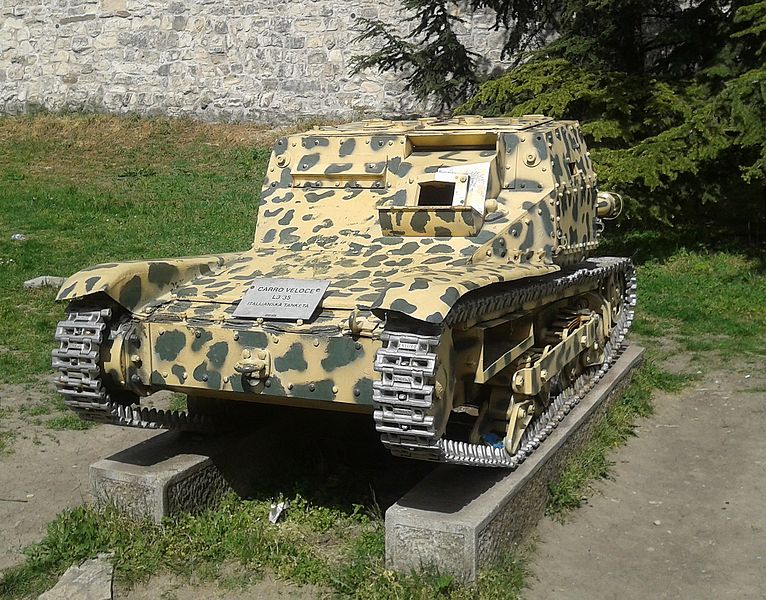 It was decided that the M2 (the M2A3, specifically) needed to be upgunned and, since at the time the 37mm anti-tank gun was effective, that would do.

Defensively, it was determined that sufficient armor to stop a 37mm from penetrating (even though the Soviet T-26 was armed with a 45mm tube) needed to be added. However, it wasn’t merely a matter of just bolting/riveting more armor on. With more and thicker armor came more weight and the hull lengthened to accommodate a larger turret. To be able to push more mass around the engine was also upgraded to the Continental W670-9 radial aircraft engine. To be able to handle all the additional weight, the suspension bogies (using vertical volute springs) were moved closer together and the rear idler wheel was greatly enlarged and became a direct part of the load-bearing suspension. Most of the improvements to the M2 line were also applied to the M1 line as well (specifically the M1A1).

And none of this, even while the US Army was beginning to develop medium tanks (like virtually every major combatant of WWII was doing, except the Japanese), addressed the role lightly armed and armored fighting vehicles had on a battlefield where medium tanks were starting to appear (though later in the war, light tanks were referred to as “anti-tank gun bait,” hardly complimentary).

For whatever reason, in 1940 the US Cavalry mostly ignored the lessons of the Spanish Civil War and continued to concentrate their efforts on the M1 series of combat cars.

The changes necessary to turn the M1/M2 line of vehicles into something that could handle the 37mm, its recoil, and mass, evolved into the M3 line.

The first widespread use of the M3 was lend-lease vehicles with the Brits in northern Africa. Though the initial shipment of Lend-Lease tanks was of the M2A2 in the summer of 1941, once production lines started producing the M3, deliveries switched to the M3.

As a side note…

There are no period references indicating that the Brits actually called the M3 the “Honey.” It’s not a British phrase indicating anything other than a bee product. The US didn’t name the M3 the “Stuart.” The Brits did.

The November 1941 operations, Crusader, was the first time the M3 was committed to battle and they did not fare very well. The M3 never really fared that well again in battle…not counting the Pacific.

For whatever reason(s), the Japanese did not invest adequately in armor, armor tactics, or anti-armor tactics (the latter they devised as they went along). When the M3 encountered the light tanks (some of which were called “medium” tanks by the Japanese…pardon me while I giggle) they fared better. The Marines first used the M3 during the Guadalcanal campaign effectively (also learning on the go how to fight with them and how to protect them against a very determined and inventive foe). The 37mm gun had a cannister round that worked well against massed infantry charges.

The M3 matured into the M3A1, then evolved into the M3A3 (almost exclusively provided to allies) and finally the M5 series. It was obsolescent at its first deployment and rapidly obsolete shortly after. It was reliable but had a very limited range (75 miles on hard surfaces…roads…45 miles off roads, and numerous M3s were captured by Germans in northern Africa after they’d run out of fuel and abandoned). Neither its armor nor gun were sufficient when it was first deployed and time did not improve those situations, not being remotely remedied until the advent of an entirely new light tank was produced, the M24.